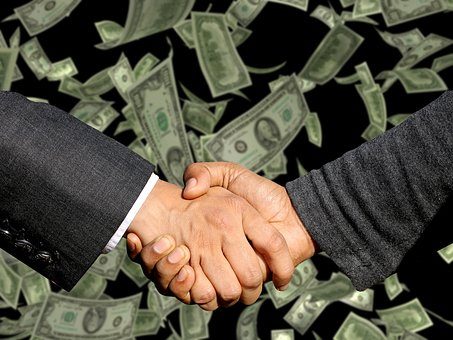 There are currently 4 generations of sales targets in the workforce, with multiple viewpoints and priorities. In addition to DiSC, Myers-Briggs, and What Color is Your Parachute?, you can use generational differences to your advantage when selling to each.

First, a caveat: take all of this with a grain of salt. When we categorize buyers there’s alway a risk, and you don’t want to be accused of ageism. So use these ideas to inform your sales tactics, but be flexible: people don’t fit into neat boxes all the time.

These are the post-war but pre-Summer of Love babies. Some experts lump these generations together, and others split them around 1955. This generation experienced several wars, political assassinations in the US, intense change in mindsets from their parents, and the rapid rise of technology.

One of the defining features of the Boomers is the sheer number of individuals who were born during this time: 76 million in the US alone. The wave of their coming of age shaped cultural norms, drove economic growth, and fueled the job market–at least for a time.

These were the first kids who grew up with personal radios and televisions in the home. They understand advertising, and often welcome it. Boomers love individuality and independence, but wealth and success are also fairly important.

As the generation who has been in the workforce the longest, Boomers balance their experience with innovation. These individuals are ready to try (and buy) new things, and they have a lot of expendable income. In the corporate environment they’re likely to be the decision-makers, so B2B sales teams have to understand how to target and sell to this generation.

Boomers want to see that you’re a real person. They still believe in the power of facetime to really connect people. Expect to see these folks at networking events looking for help in person. And if you can’t make the trip out to a Boomer’s office, schedule some time for a phone call, which is the next best thing.

Boomers love social media, and Facebook is where they can be found. Because of its easy access, networking, and searchability, Boomers are the driving force of this social media platform. Find them there catching up with long-lost friends, engaging in political discussions, sharing pictures of grandchildren, and searching for new products.

Sell the Feeling of Independence

This group has been doing things their own way for a long time, so give them a sense of control. When selling to Boomers, provide the information and let them make the decision. They’re self-assured, but open to suggestions. Use technology to document your touches, but focus on the personal touch.

Generation X experienced a lower quality of life during their coming of age years than the generation before them. Because they grew up with the social disillusion–and recession–of the 70’s defining their childhood, Gen Xers tend to be more doubtful of “The Man.” Expect this group to be tech-savvy and innovative.

Like any generation, you can look to the music, TV, and technology that defined their adolescence to understand their ideas on commerce. Punk and New-Wave followed by Grunge and Alternative music dominated, and the rise of the mix tape (and bootleg) was perfectly in line with their lowered purchasing power. Campaigns that appeal to their difference from the generation before work particularly well. This group is experimental, but still particularly loyal to brands they trust.[/vc_column_text][/vc_column][/vc_row]

Look to the stand-bys of social media to find Gen Xers. They’re on Facebook, Instagram, and Twitter. Expect to connect with this generation through authentic advertising that focuses on outreach and building real connections.

Generation X saw the power of the internet as young adults, and embraced the changes it brought to their lives. Rather than relying on face-to-face tactics, you can make an introduction via email, but you might still want to schedule time for some face-to face meetings. There is still some of that traditional media mindset at work, but they’re much more used to digital media than their predecessors.

You hear a lot about how to sell to Millennials these days because they’re the next largest generation after the Baby Boomers, which is why they’re sometimes called the Echo Boomers. These kids grew up with computers. Where the previous generations saw a rise in advertising and idea-proliferation through expanding cable TV, this generation came of age during technology’s entrance into the home. When it comes to computers, smartphones, tablets, email, social media–they’re into it all.

As the children of Baby Boomers, this generation has been taught independence and how to think for themselves. Because they grew up watching TV ads directed right at them from the time they were watching Saturday morning cartoons, this generation is hyper-sensitive to sales tactics and being told what to do.

They’re ready to be decision makers

The startup culture really caught on with this generation. They saw the success of Bill Gates and Steve Jobs, and they believe in the entrepreneurial spirit. Older millennials are already making decisions at a lot of companies, so don’t be surprised if you come into contact with a Millenial in the executive suite.

Millenials want to discover a brand and feel independent in their discovery. Unlike Gen Xers who consider consumerism to be so not-punk, Millenials are generally not opposed to using their purchasing power. But don’t discount the authority of making a genuine connection. Use all forms of social media, and balance between paid and organic reaches. And don’t think about dropping by for a face to face meeting. This generation is used to a technological interface and will be wary of anyone to tries to invade their personal space. Stranger Danger is real to them!

Harness their willingness to research

They’re not called the Google Generation for nothing: Let them do the work in the research portion of your sales funnel. These folks are happy to scour the internet, reviews, and source recommendations from their peers before buying. Start these folks on a drip campaign in your marketing automation software that will provide them with educational content about your product, industry, and company, and they’ll respond if they find the information useful.

As the youngest generation, you’re not going to find these folks in the workforce much. If they’re working, they’re just getting their feet under them and they’re not decision makers yet. But that doesn’t mean we should be ignoring them. These were the first generation to never know the world without access to the internet, and so their understanding and use of technology is innate.

While not much is known about Gen Z’s purchasing power yet, we do know that they’re active on technology, which means you should be too. Be where they are: social media and mobile devices. These folks know of direct mail as how Amazon gets them their packages, and YouTube is the new cable TV.

While the generations have differences in the ways they interact with sales teams, what you should pay attention to is the overall move to more technology in the home and the workplace. If you (or someone on your team) doesn’t know how to harness AI, voice command, and chatbot technology, build this into your sales and marketing plans for the next couple of years. Become an informed consumer of all types of technology, and you’ll be able to target each generation with more precision.

Tamara Scott is Research and Content Manager for TechnologyAdvice.com. She writes about the intersection of technology, business, and education in Nashville, TN.

Andy Brownell / About Author
Andy has 40 years of experience in a wide variety of businesses. Andy started his career in sales and has held positions in business development, marketing, operations, finance, project management, engineering and management.

Andy spent the first 18 years of his career with high tech companies like Apple, Compaq and Digital. The next phase of his career involved a variety of startups: Access Marketing, ABC Consulting, Contract Capital and Stratitec.

Access Marketing was a virtual call center company founded in 2000 with callers all over the US. This was one of the first virtual call centers in the US and used the LeadMaster platform for both the agents to make calls and to deliver the leads to customers.

ABC Consulting was a consulting and construction company founded in 2002 as part of the housing boom building and renovating homes in the Atlanta Area.

Contract Capital was founded in 2005 in Chapel Hill, NC with a focus on management consulting.

Stratitec was an after market manufacturer of high tech components with cumulative sales of $50 million in under 5 years. Andy's participation was limited to the financial backing of the company and a seat on the board of directors.

Andy jointed LeadMaster in 2009 as CMO. Shortly thereafter he added the title of COO. In 2017 he took over as CEO where his primary focus is improving LeadMaster products and services as well as customer satisfaction.

Andy graduated from the University of Illinois with a B.S. in Finance. He lives in Chapel Hill, NC with his wife of 33 years. He has 3 grown children, a horse, a dog and a cat. He enjoys spending time with his family, cooking and road trips to see family and friends.
More posts by Andy Brownell